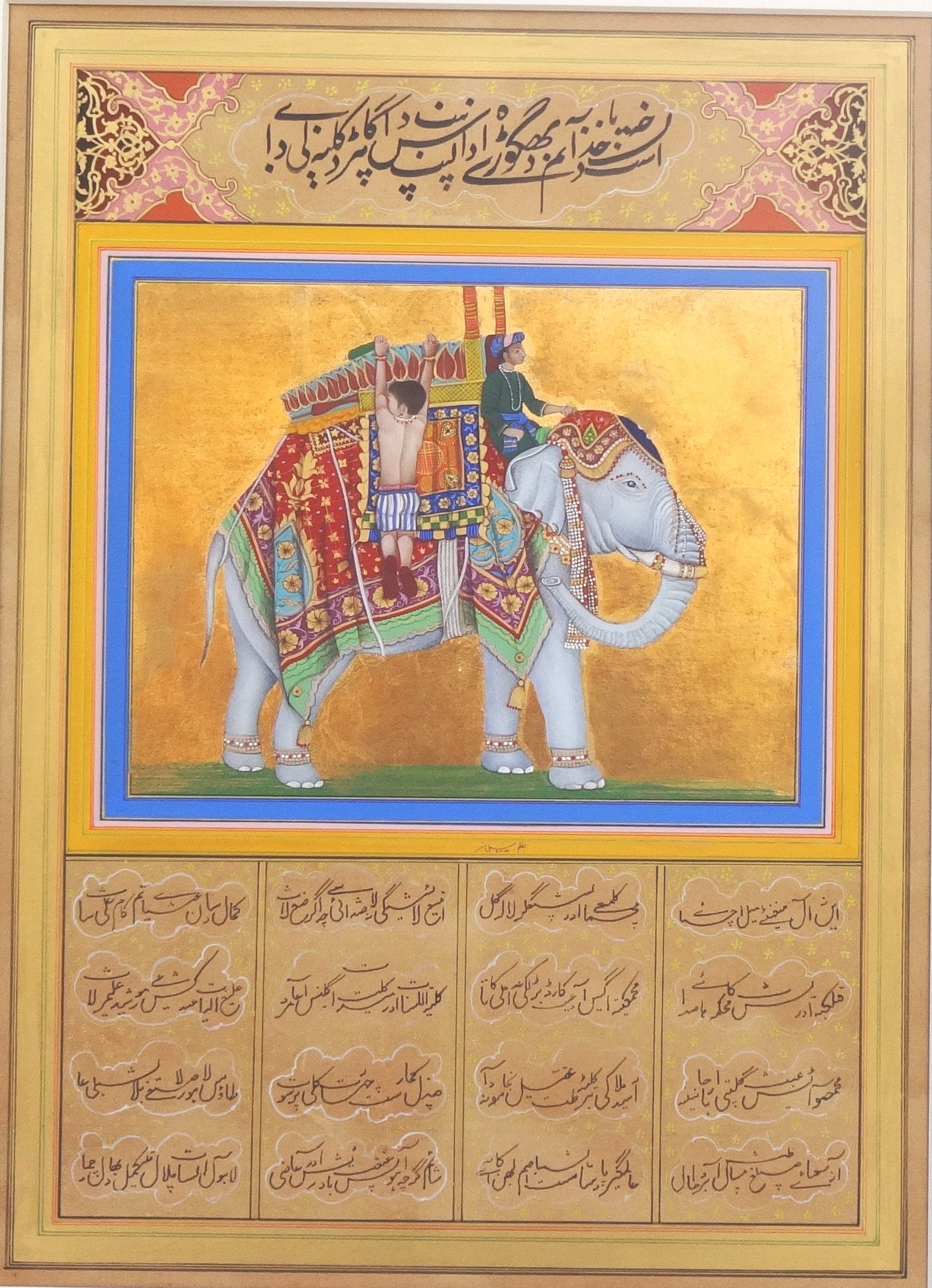 Painting The Stories Of An Ancient Land

Though a young country, Pakistan has an ancient history, geography, culture, and literary and artistic roots; it is a land shaped by cultural, economic and political influences from great empires and civilizations of yore, including the Greek, the Persian, the Mughal, and the British. Art serves not only as a mirror of a culture and its traditions but also becomes documentary evidence of the changes and evolution that all cultures undergo over the course of their history. Pakistani art, likewise, has borne witness to the history of this multi-faceted nation, while documenting the story of the survival, strength, and grace of a changing nation, which Newsweek has called “The World’s Bravest Nation” on one of its covers.

Straddling the crossroads of the ancient and the modern, the east and the west, Pakistani artists are just as comfortable with the great art movements of the West as they are with the artistic heritage of the East. Absorbing, blending together and experimenting with these varied influences, they have created the diverse, vibrant landscape that is contemporary Pakistani art.

Witness To History shows works by artists that revel in their mastery over technique, color, light, form, and movement; nods are given to impressionism, cubism, and pointillism, and to the great Eastern artistic traditions of Mughal miniature painting and calligraphy. We present to you these artists’ musings on Sufi philosophy expressed as abstract art and as calligraphy; we show you how explorations of movement, color, and form result in abstracts for one artist, calligraphy for another and figurative work for yet another; we give you tender portrayals of rugged landscapes and dynamic ones of equally rugged horsemen; there are works inspired by mathematics and those inspired by history.

For all this diversity, there is one thing common to these masterpieces: they pay homage to, and document, Pakistan’s creative heritage and its dynamic history and culture. And in doing so, they themselves become part of a vibrant body of evidence for future historians.